The Idea and the Reality

In this post, our founder speaks about the innovation journey and the requirement for all organizations, regardless of size, to take the leap.

On an early morning flight from Detroit to Chicago, our route took us over Lake Michigan and the clear, crystal-blue sky reflected from the lake below. From my window seat I noticed the shadow of our plane speeding across the lake, and I thought of a line from a T.S. Eliot poem that has intrigued and haunted me from the moment I first read it:

“Between the idea and the reality, between the motion and the action, falls the shadow.”

At 30,000 feet, I reflected upon my experiences framed by Eliot’s insight. A metaphor formed about fundamental change in philanthropy and our team’s ambition.

After millennia of mostly unrecorded thought and history, Gutenberg sparked the printing revolution with the invention of the metal movable type printing press in the mid-1400s. Some 550 years later, DARPA (and Al Gore) invented the internet. Innovation in how we communicate has accelerated exponentially ever since. Today, the range of channels, platforms, and devices is staggering, challenging, and exciting. Yet when we look at the development field, the static, one-size-fits-all, print-based model organizations use to engage their most capable and loyal donors is downright archaic (especially when compared to how other “high-value sales” industries have leveraged change). We’ve tested this declaration time and again with organizations of all shapes, sizes, and missions; and we now know you know this to be true. We also know you know that treading water is not sustainable. It is time to embrace change.

Breaking from tradition and the tried and true inevitably leads to uncertainty and doubt. In this dark, cold, and unscripted shadow, fundraisers and communicators struggle to determine the best solution to connect with, engage, and inspire key stakeholders. With the call to safely return to the known always beckoning, we have observed how difficult it is for some to commit to the exploration of new ideas that redefine how an advancement team engages their most important champions. We also know that objections abound: “We’re too small.” “We’ve always done it this way.” “Our donors are too traditional.” “We’ll wait for others to lead.”

We clearly understand the reluctance, but we challenge the premise. The question is not what are you comfortable with, but what inspires your target audience? Are they inspired by one-size-fits-all generalities or are they inspired by the impact their philanthropy could have at a very specific layer of your organization? Are they engaged by reading black words on a white page or are they engaged by dynamic content built just for them? Answering these foundational questions on behalf of our clients propelled us deep into the shadow.

Working closely with our founding and launch partners, we experimented, we failed a time or two, and we discovered just how much fun it is to think anew about how to solve deeply entrenched problems. After more than two years of effort, we have developed a dynamic tool that meets the needs of the forward-leaning, digital advancement office regardless of size or complexity.

Ovrture is now in use by educational and healthcare fundraising teams to engage donors and prospects in real and meaningful ways. While early results are encouraging, we have only just begun to understand the power of turning our idea into reality.

Seat backs and tables were stowed in their upright and locked position. As we descended into O’Hare, the plane’s shadow passed over homes, buildings, parks and playing fields, roads, and parking lots. I thought that had I been on the ground, and neither saw nor heard the plane above me, the plane’s shadow would be little more than a brief interruption of the sunshine that beautiful morning. A blink. But from my vantage point, high above, the shadow was evidence of the plane’s reality, tracing the arc of its progress through the bright blue and cloudless sky. The shadow grew with our descent until finally, when we touched down, it was one with the plane. Idea, reality, and shadow were synchronized moving across the tarmac toward our gate.

I disembarked entertained by my musing about T.S. Eliot’s words and deeply grateful that our team has committed itself to passing through the shadow. 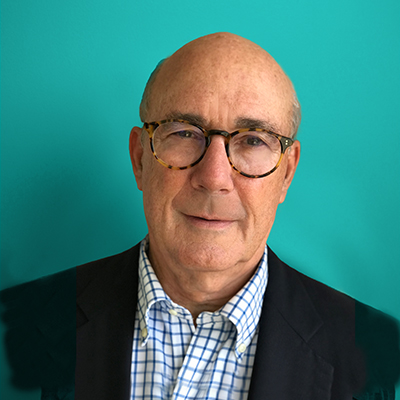 In future posts we’ll share additional insights as we uncover them through work with our clients who are adopting a digital-first approach for major donor fundraising communications. If you’d like to speak with us directly, you can reach us online at snavelyassociates.com/contact or ovrture.com/contact.